Microsoft rolled out another major firmware update to Surface Pro 4 for March 2017. It is about to improve overall system stability, performance, storage, and display. You can now get this new firmware update on Windows Update. 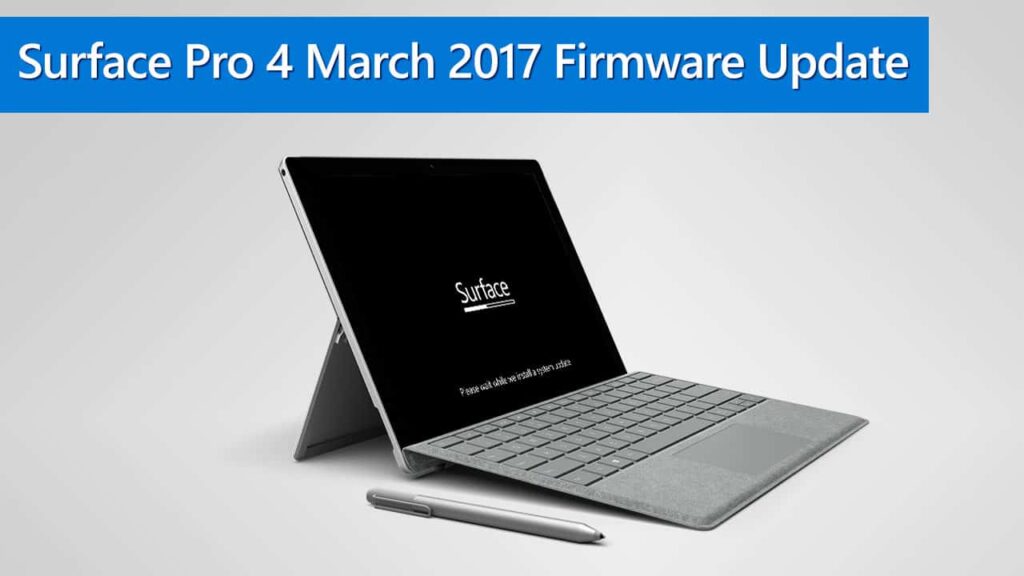 Here is a screenshot takes from Windows Update: 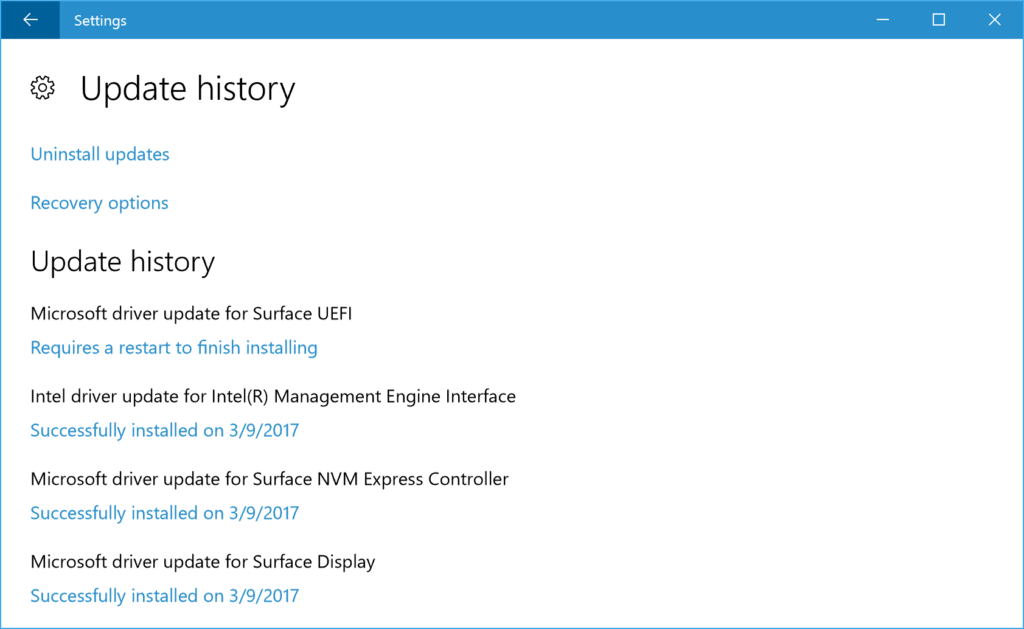 This new detailed firmware update isn’t available on Surface Pro 4 history page yet. However, at Surface Blog for IT Pros has published a detailed update as here:

For your reference, here is a full list of the driver versions that are updated in this release and the improvements they provide:

How to get Surface Pro 4 March 2017 Firmware Update

If your Surface Pro 4 hasn’t yet installed the update, it should be displayed on the Windows Update now. This new firmware update will require you to restart your computer in order to apply the update to the Surface UEFI firmware.

We appreciate hearing your thoughts, questions, and ideas about “Microsoft Push a Major Firmware Update to Surface Pro 4 for March 2017”.