Microsoft Surface devices chief will deliver a keynote on hardware products in upcoming Microsoft Future Decoded event at this end of October. 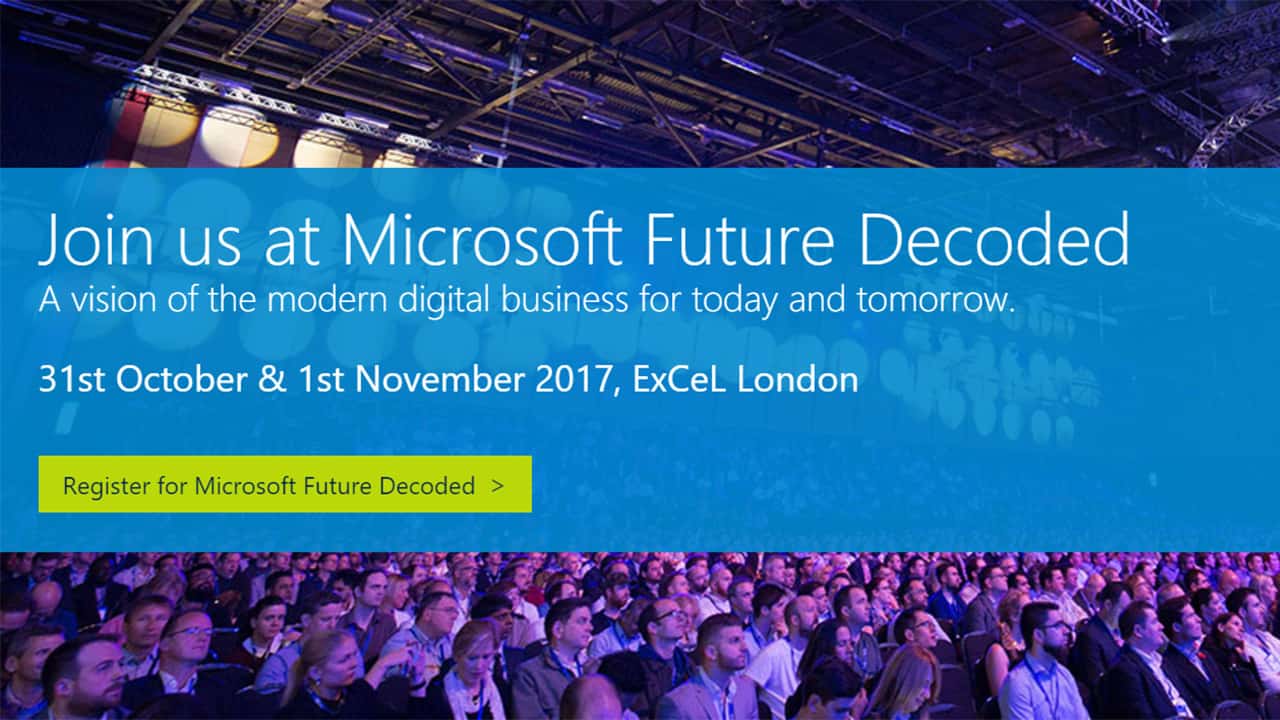 The event will kick off at the end of October, and Surface chief Panos Panay will be at the event to deliver a keynote about Surface products. The last announcement of the new Surface Pro, Microsoft promised to release a version of Surface Pro with a built-in LTE support to customers later this year and it supposes to be announced at this event.

There is another product that Microsoft hasn’t update over a year now is Microsoft Surface Book. We’re expecting Microsoft will unveil a significant successor (Surface Book 2) to the Surface Book along side with updated Surface Pen with tilt support.

Microsoft’s Future Decoded conference will start from October 31 to November 1 and will be held at the Excel convention center in London. You can find more information at Microsoft Future Decoded website.

We appreciate hearing your thoughts, questions, and ideas about “New Surface devices is coming at the Microsoft Future Decoded 2017 event”.